The artist hails from Bengal. This painting is a watercolour done on paper lined with fabric, for enhanced durability. The painting is done in the Kalighat style.

Kalighat paintings originated in Calcutta and are marked by generously curving figures of both men and women in an essentially satirical style. The 'babus', as the 19th century, British influenced, nouveau rich Bengali gentlemen were called by the traditional people, were objects of fun not just for their unorthodox mannerisms but also for their often very tasteless and conspicuous consumption. Thus the "babu culture" portrayed in the Kalighat 'patas' often shows inversions of the social order like wives beating husbands or leading them about in the guise of pet dogs, maidservants wearing shoes, sahibs in undignified postures. Ironically, these satirical portrayals were created by artists who were and are rarely educated. Although largely secular, there are also paintings of gods and goddesses, again, in much the same de-romanticised way as the humans are. 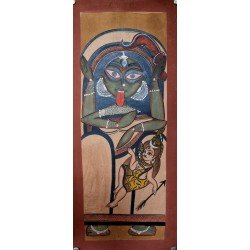 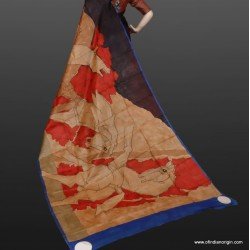 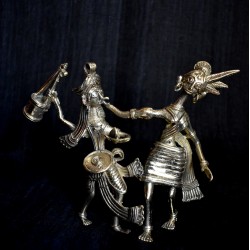 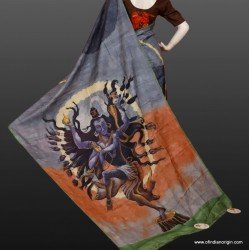 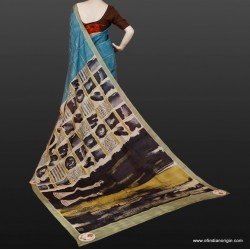